Mastering the Mindset: Create a Shared Vision to Collaborate for Law Firm Growth

This is the second in a series of posts exploring how law firms can set themselves up for success when making the decision to grow through merger, firm acquisition, or lateral hire.

Law firm mergers are an opportunity to combine assets to improve financial results, often in the near term. Done right, a merger also can be the catalyst accelerating long-term law firm growth. The key is to cultivate a growth mindset.

What do we mean by growth mindset? Simply put, it is the belief that success is limitless. It is distinguished from a fixed mindset in which achievement is perceived as being finite, limited by circumstances beyond the control of individuals. The term was coined by Carol Dweck, author of Mindset: The New Psychology of Success, as part of her research into how underlying beliefs impact academic success.

In our research at GrowthPlay, growth mindset consistently shows up as a hallmark of highest performing firms we see. We often talk about it in the context of playing to win v. playing not to lose. Firms that play to win see growth as limitless. They come from a place of potential and abundance. In contrast, other law firms see growth as limited and come from a place of scarcity. They are short-term focused and often reluctant to make investments in longer-term growth initiatives.

Mergers are a great opportunity to take advantage of change and accelerate success by promoting behaviors that cultivate a growth mindset. Below are three practical ways to get started:

Clearly define who you want to BE before you decide what to DO. Most newly formed firms jump immediately into strategy and tactics and then face disappointment when that approach does not yield the results leaders were hoping for. Instead, back up and figure out who you want to BE before you determine what to DO to GET the success you are seeking. Productivity doesn’t mean much unless what you are producing is getting you closer to your goals. 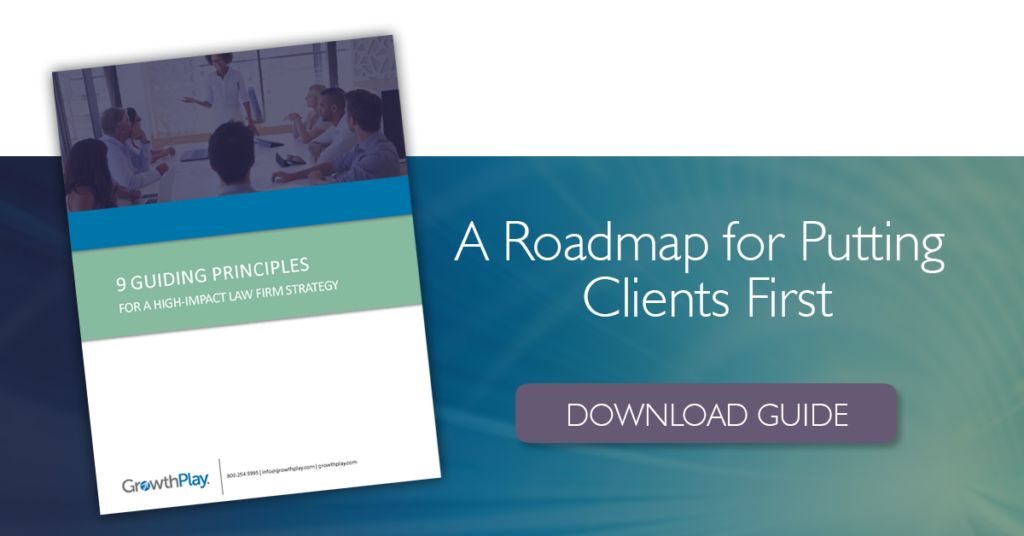 Understand that buy-in comes from “trust triggers,” not simply rational decision-making criteria. In the sales context, this is called the buyer-seller paradox: sellers sell rationally, by trying to persuade or prove to the buyer why they are the best solution, but buyers make the decision to buy based on emotion. After a merger, law leader are selling the idea that the newly formed firm will be stronger and more successful, but all the graphs and charts in the world are not going to sway people who are anxious and wary. Focus on the emotions they are feeling and ask yourself, “What are they worried will happen? What is the problem they need to solve?” Then, determine what conversations, arrangements, or policies need to happen to assuage the worry or solve the problem.

Build curiosity and excitement about a shared path forward. Merging the firms’ finances is just the beginning of creating a new firm, and leaders cannot expect a single cohesive culture to emerge automatically. But, when members of the new firm connect around shared concerns and trusted relationships, they begin to lay the foundation for a fruitful, collaborative culture.